Roasted Zucchini Spears are quartered zucchini coated in olive oil, salt, and pepper, perfectly roasted in the oven and broiled to a golden brown. Try my Parmesan Zucchini Corn for another delicious way to use up your summer zucchini! 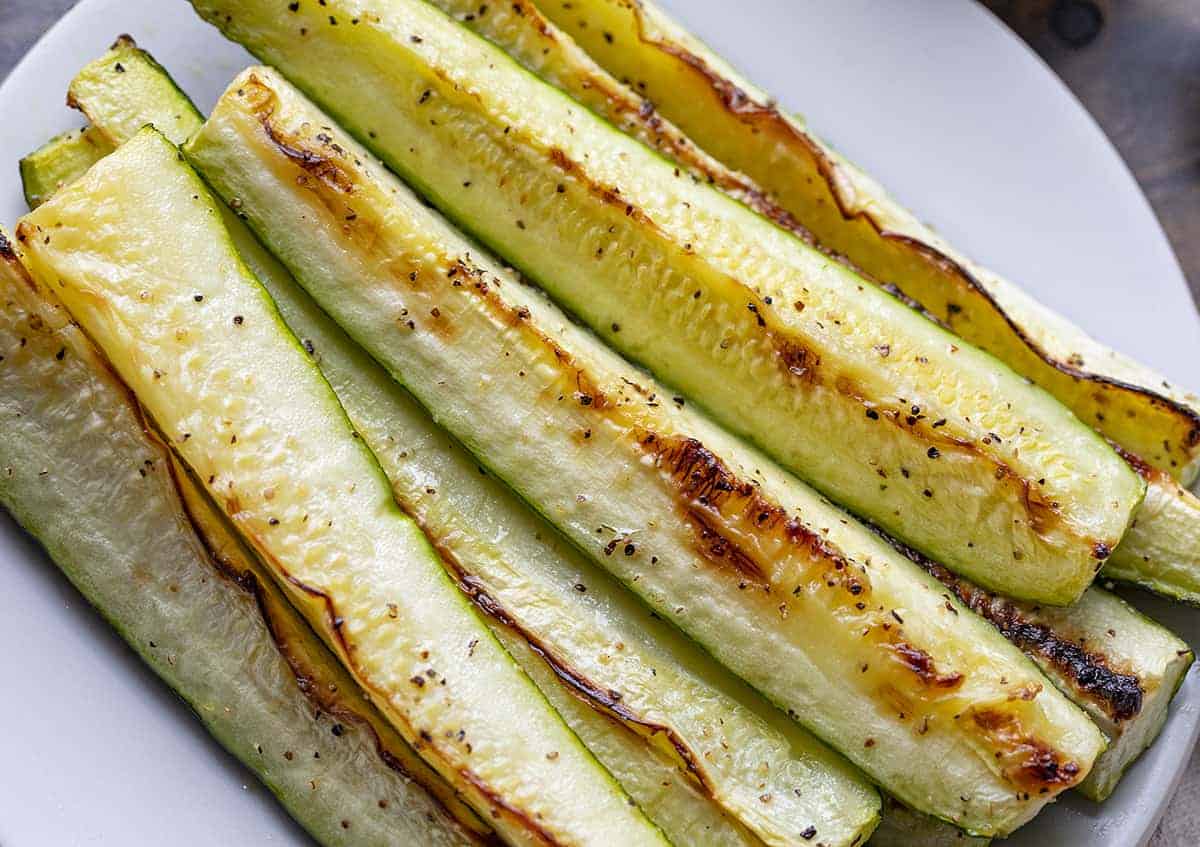 Zucchini is a straight (mostly) shaped green vegetable that is mild tasting and full of moisture. Zucchini can be grilled, baked, eaten raw, cooked, you name it. It adapts beautifully in so many recipes and is an easy (VERY easy) vegetable to grow! Speaking of growing it, it grows in abundance, which is why there are so many zucchini recipes out there. This Roasted Zucchini Spears is one of the easiest ways to enjoy eating zucchini, and you don’t even need to fire up your grill! 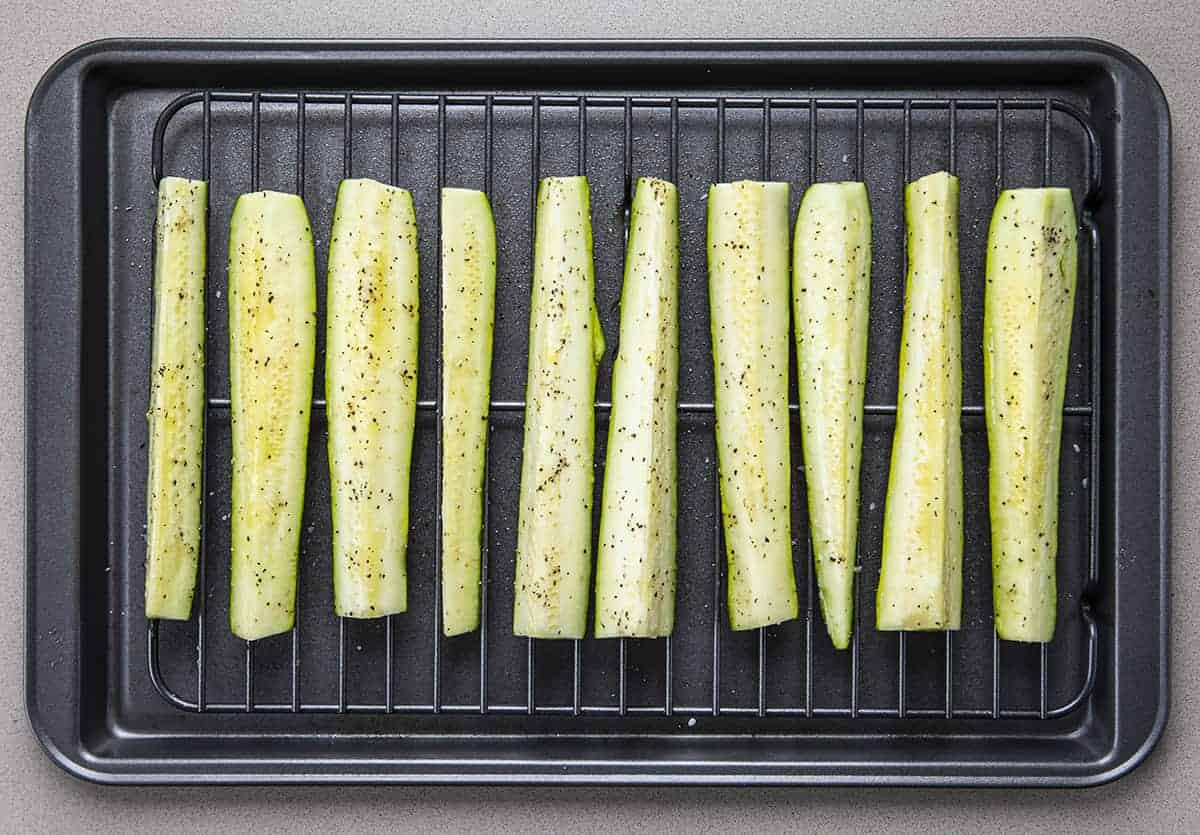 With just four simple ingredients, you can have roasted zucchini as an appetizer or side dish in just a few minutes.

How to Quarter Zucchini 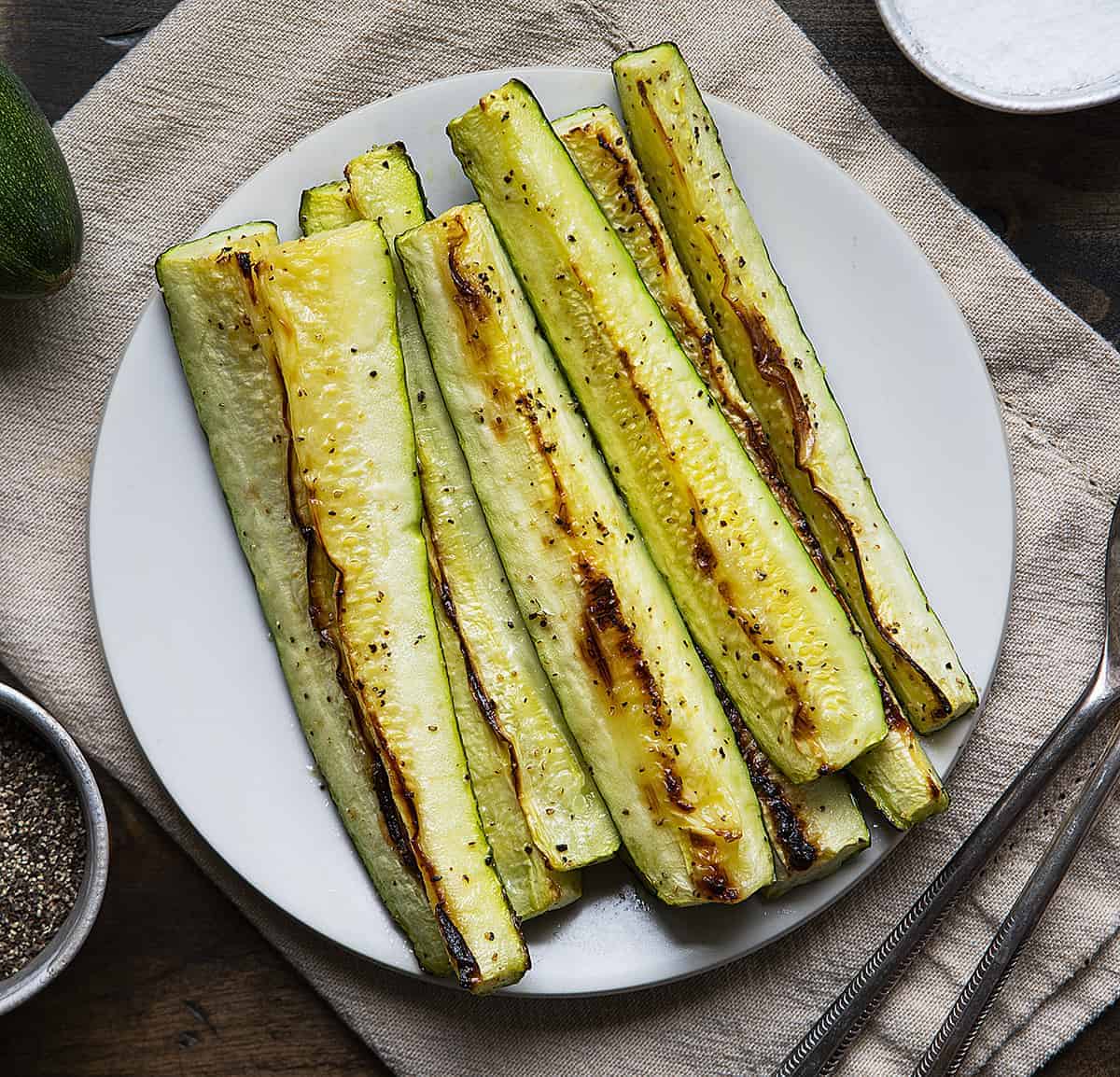 How to Make Roasted Zucchini Spears

These turned out so well, and I didn’t even have to fire up the grill. But, I will let you know how to grill them if you choose to do that. To get started, preheat the oven to 400°F and place a wire rack on a baking sheet. Coat the rack with cooking spray.

In a large, zipped plastic bag, combine the olive oil, salt, and pepper. Add the zucchini spears to the oil mixture and toss to coat all sides of the zucchini spears. Arrange the coated spears in an even layer, skin side down, on the wire rack. Be sure to leave some space in between each. Bake 12-15 minutes, or until the zucchini is tender. To get them golden brown, broil the spears for an additional 3 minutes.

How to Grill Zucchini Spears

Quarter the zucchini and toss them in the oil mixture, just like the roasted zucchini. Set the well-oiled grill to medium heat. Place the zucchini spears on the heated grill. Cook 3-4 minutes per side, or until you see those grill marks on the zucchini. It usually takes 10-12 minutes of grilling time, and then they are ready to be enjoyed immediately.

How to Oil the Grill Grates

Be safe about it! Don’t spray cooking spray on the grates or pour oil on the grates as this will cause the flame to ignite and could blow back at you.  The safest method of oiling a grill grate is to dip a cloth or handful of bunched-up paper towels into cooking oil (like canola).  Do not saturate the cloths; they should not be dripping.  You want enough oil on it to coat the grill grate, but you don’t want it dripping everywhere. With a protected hand (use an oven mitt or glove), lightly brush the hot grill grates with the cloth. 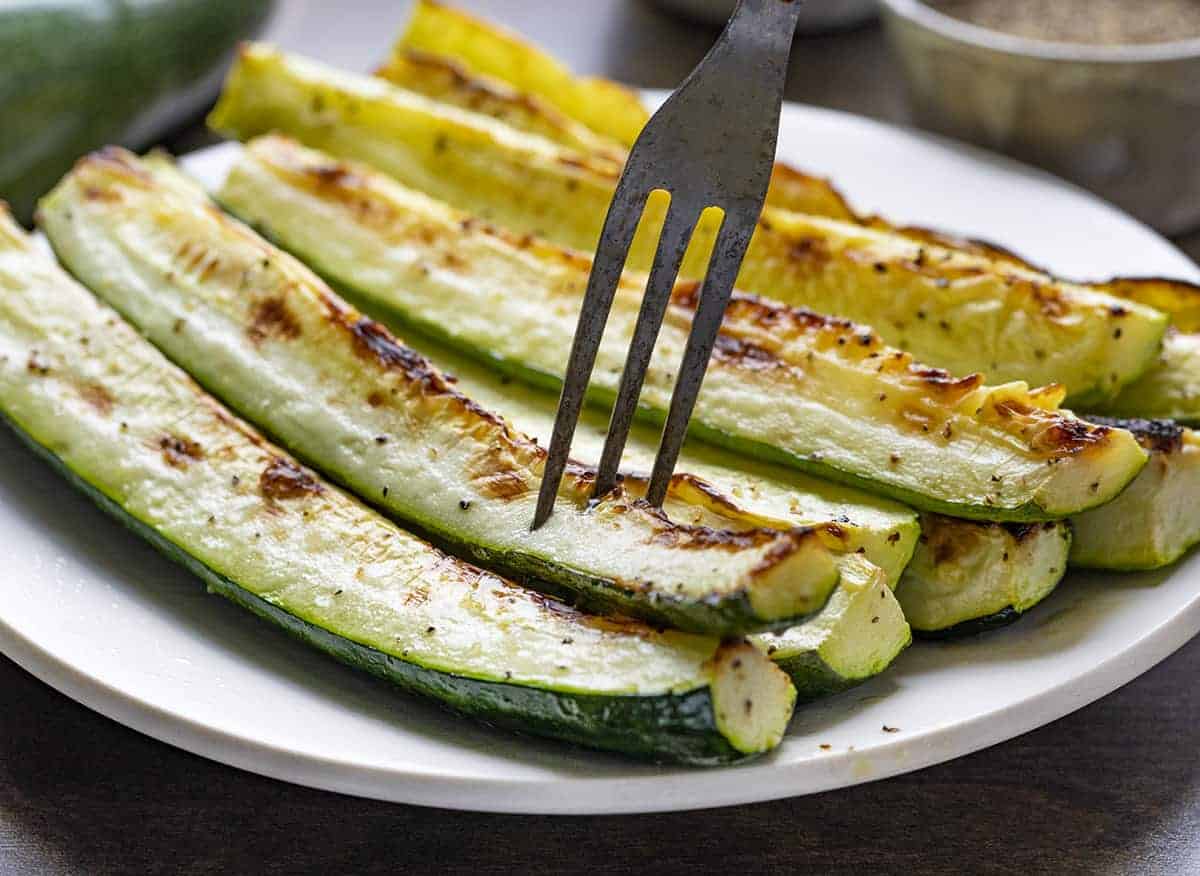 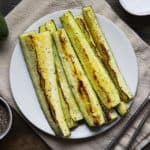 Roasted Zucchini Spears are quartered zucchini coated in olive oil, salt, and pepper, perfectly roasted in the oven and broiled to a golden brown.

We love JESUS and respect the land He has trusted us with. Raising chickens, guineas, and kind & respectful children is our goal! #gardener