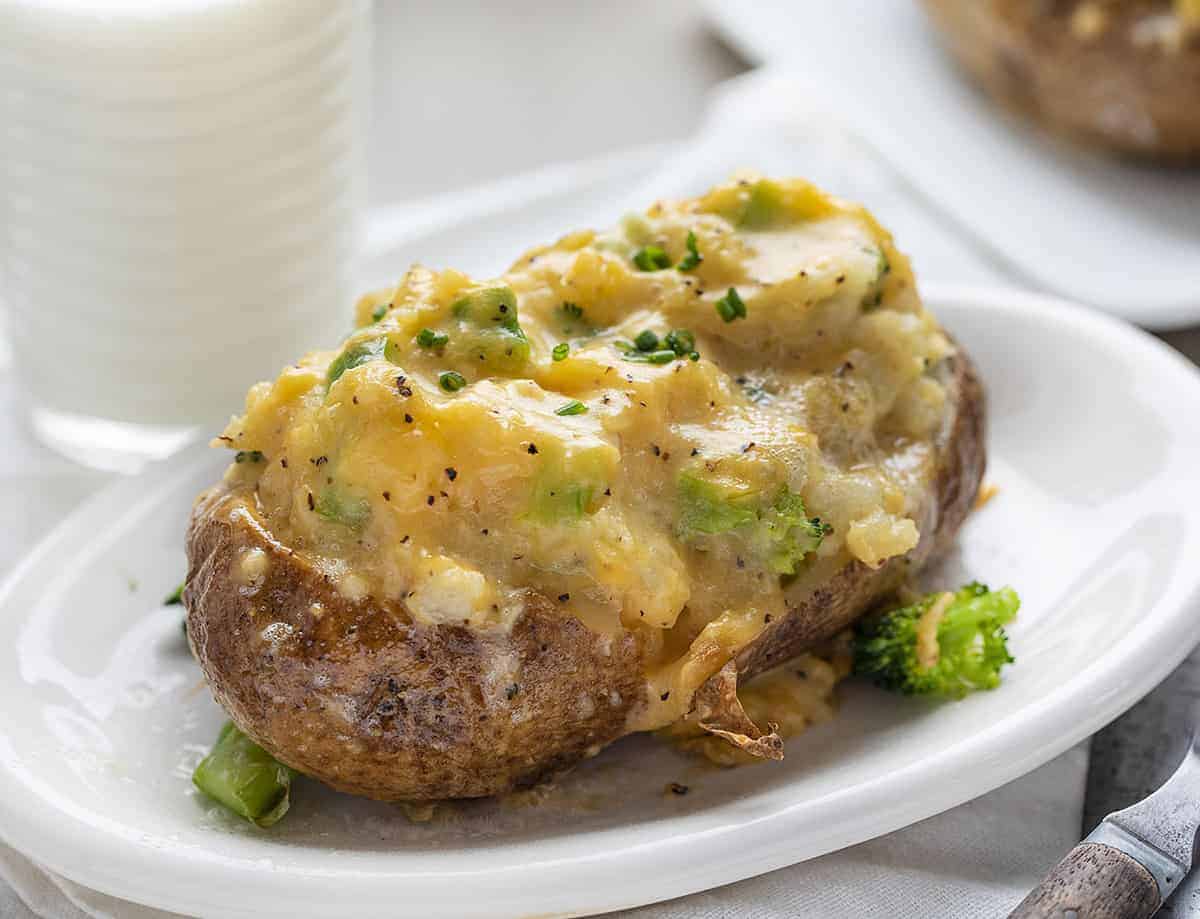 You definitely didn’t have to tell me twice to eat this twice-baked potato. I was going to just take a bite, but before I knew it, I ate the entire potato! It really was that good. Most people associate Idaho with the potato, but potatoes were grown as many as 13,000 years ago! They are a great source of Vitamin C, potassium, and fiber. Did you know that the potato was the first vegetable to be grown in space? Lucky for us, we don’t have to go to space to get potatoes for twice baked potatoes. The homemade cheese sauce pairs perfectly with the bright green broccoli for these satisfying Broccoli Cheese Twice Baked Potatoes. 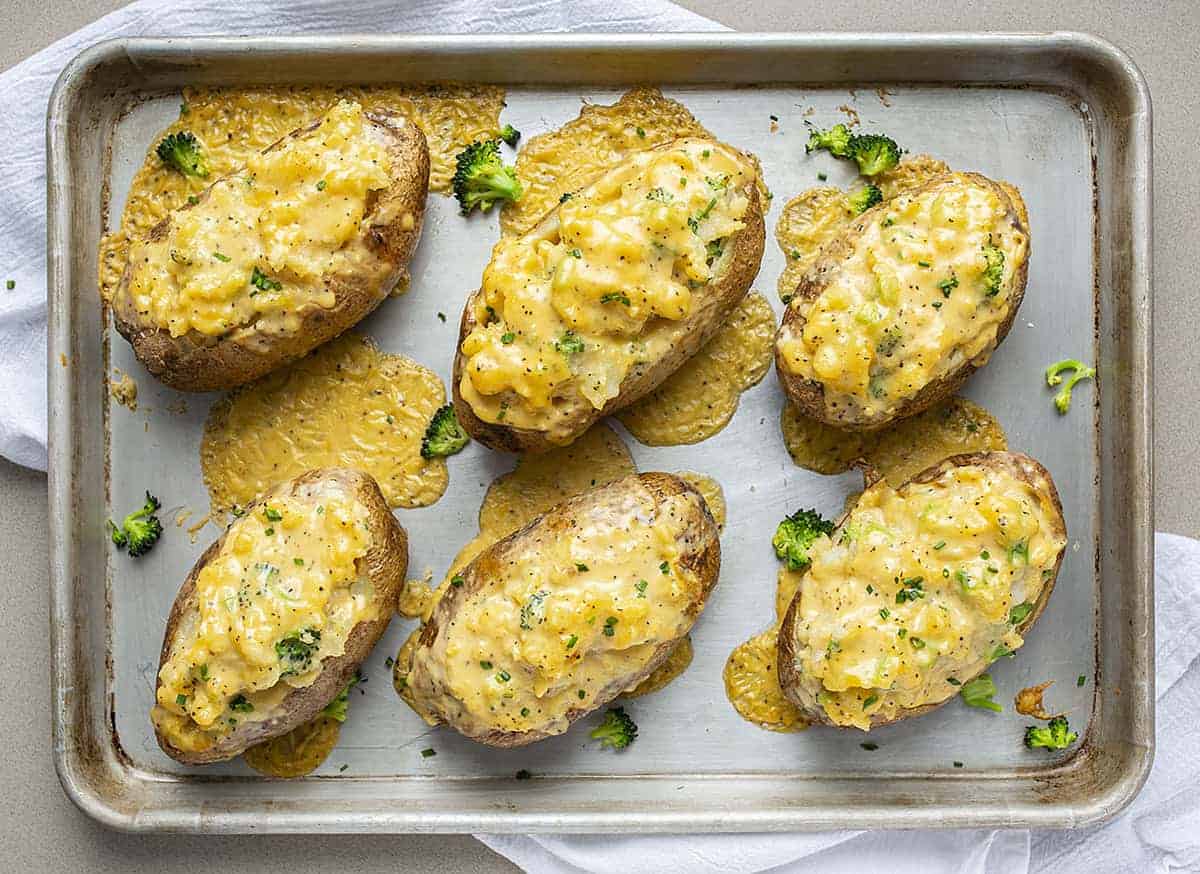 This recipe starts with a perfectly cooked potato. I will give you some tips on how to bake a potato next. After all, how many times have you baked a potato and it comes out rock solid? Then, it’s about that homemade cheddar cheese sauce. 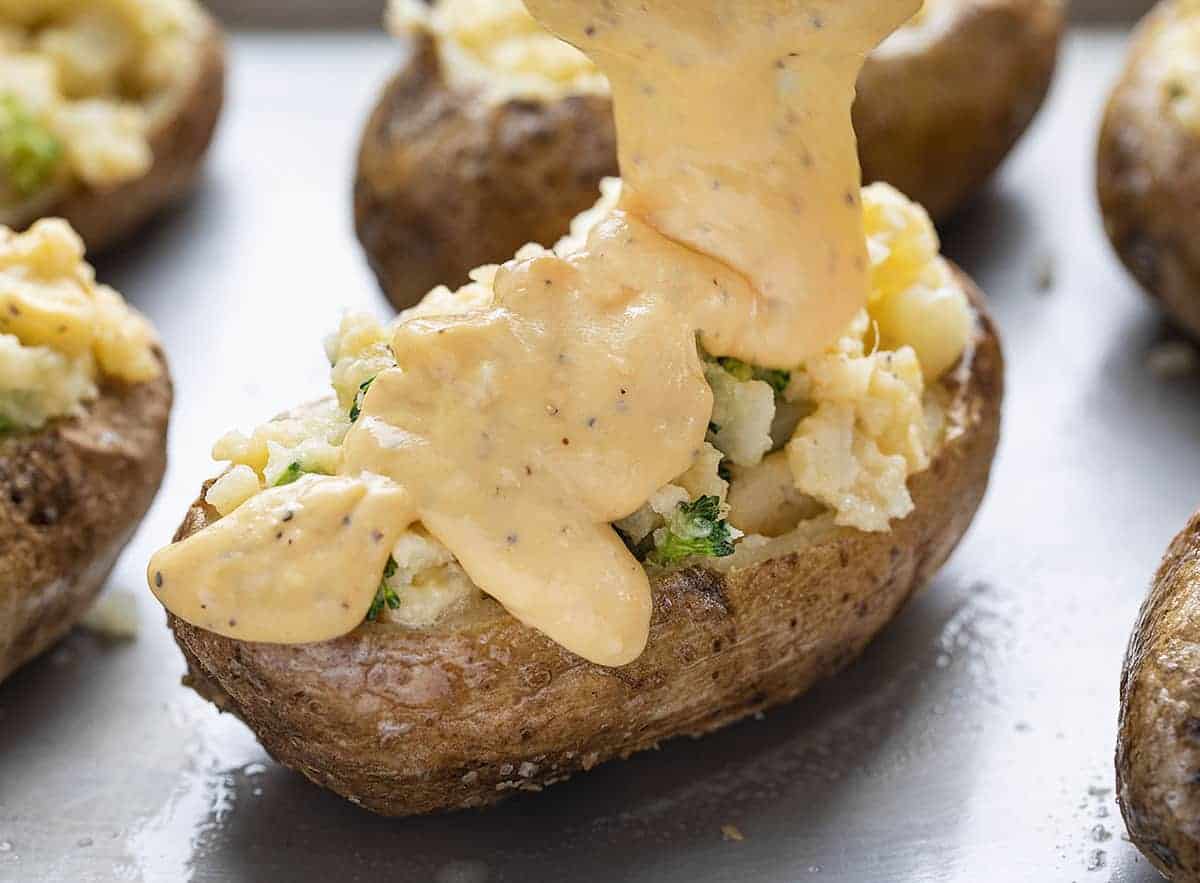 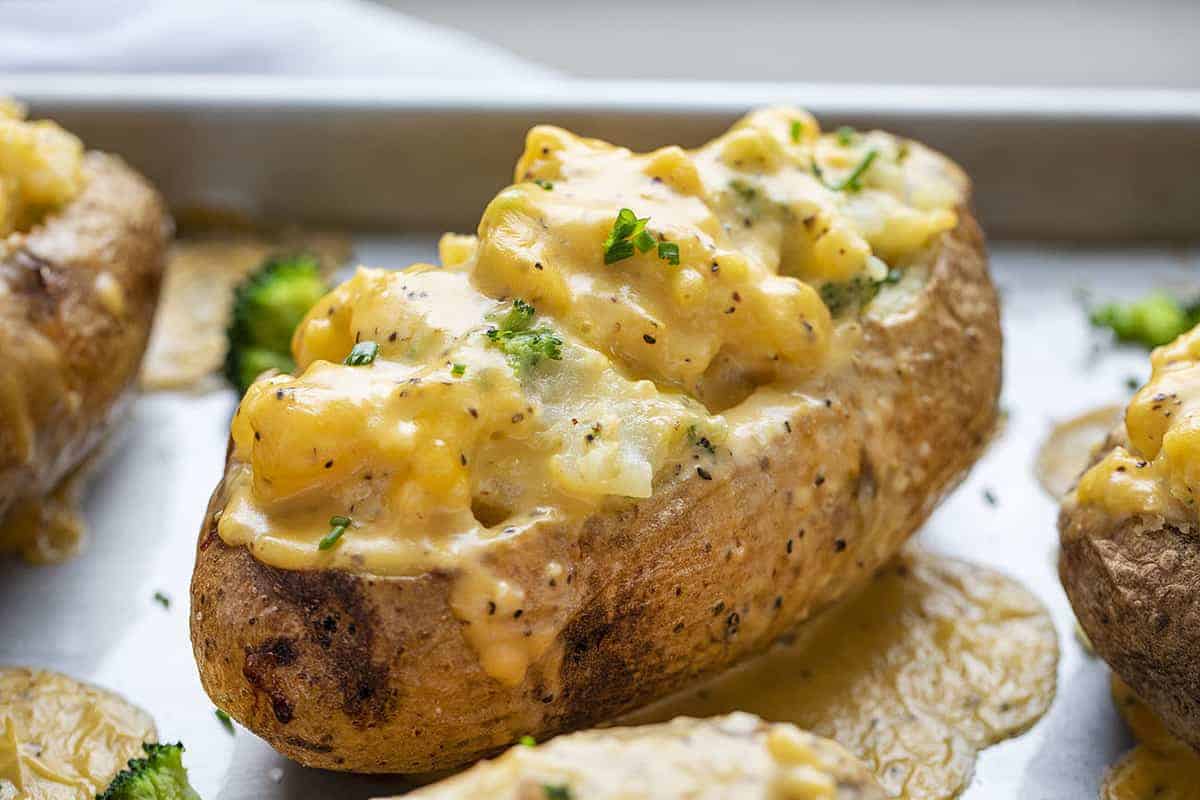 With a saucepan and ingredients that you probably have on hand, you can have some ooey-gooey cheese sauce ready to go onto the Broccoli Cheddar Twice Baked Potato. To make the sauce:

Make sure you reserve half a cup to a cup of the cheese sauce to go on top of the potatoes.

How to Blanch Broccoli

Blanching is a method to cook vegetables so they end up being crisp and bright in color. All it takes to blanch broccoli is a pot of salted boiling water and a bowl of ice water nearby. When the water gets to a boil, put in the broccoli florets and let them cook for 2-3 minutes. They should be bright green after a couple of minutes. With a slotted spoon, transfer the broccoli into the ice water immediately. This ‘shocking’ will stop the broccoli from cooking any longer. When the broccoli has cooled completely, drain it from the ice water and pat it down with a paper towel.

Once the potatoes have been perfectly cooked, the cheese sauce ready to go, and the broccoli blanched, it’s time to put all those parts together for the final, tasty result. To prepare the filling for the twice-baked potatoes, you need to carefully form the ‘potato bowl’ that will hold all the broccoli and cheese. To do this, cut off one top of each potato (horizontally speaking). Using a spoon, remove the center of the potato and place into a large mixing bowl. Be very careful not to tear the potato skin. Lay the hollowed out potato shells on a baking sheet. (On a side note, the salted skin of the potato that you just cut off the top is a salty delight, but you won’t need those again for this recipe.) 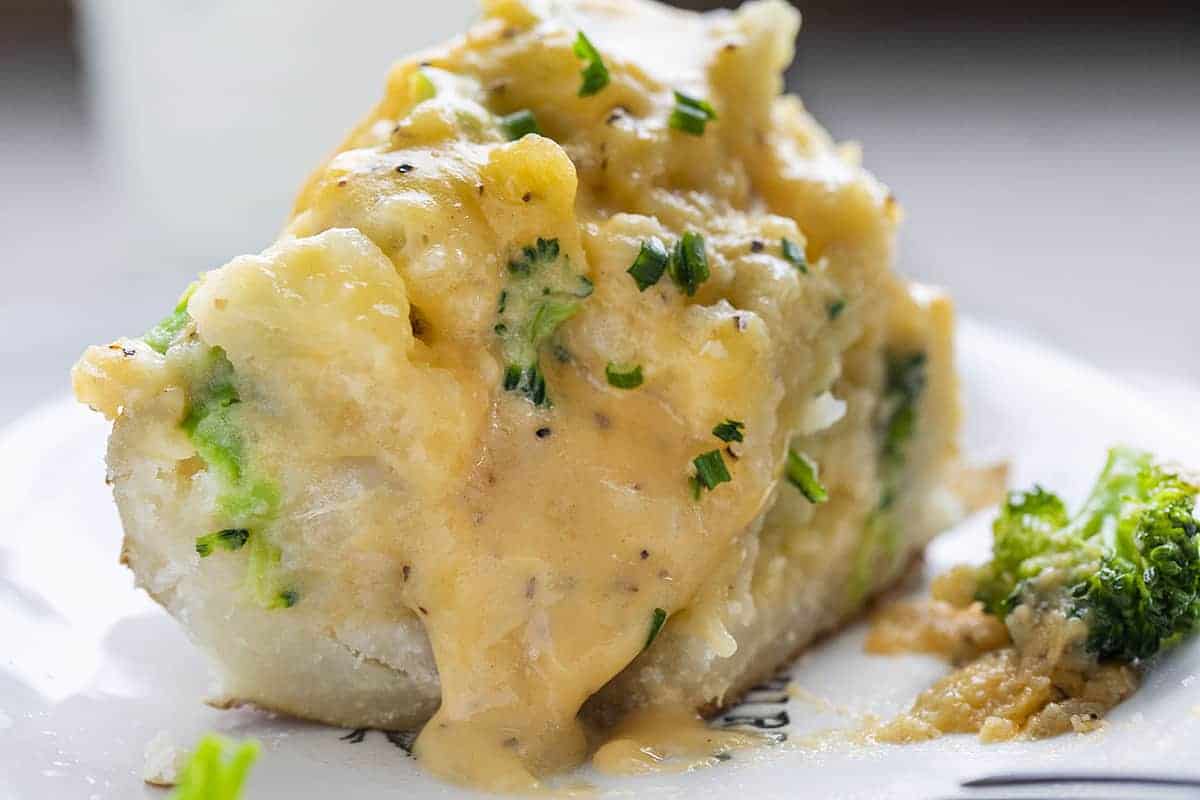 Not everyone has an hour or two to get dinner on the table. One solution would be to use the microwave for the initial baking of the potato. Most of the prepping of the potatoes are the same as baking them in the oven. First, scrub and wash the potatoes. Then, poke holes in the potatoes using a fork or knife. Rub the canola oil over each potato and sprinkle on the salt. Finally, wrap the potatoes in a paper towel that has been moistened with a little more canola oil. Cook two potatoes at a time in the microwave, checking if they are fork-tender after 8 minutes. If not, cook a minute more at a time until they are ready. Then, simply follow the ‘how to make broccoli cheese twice-baked potatoes’ to finish them up. I would recommend baking them in the oven the second time, which only takes 15-20 minutes. Another shortcut I have used it to bake the potatoes the night before, refrigerate them overnight, and use them the next day for the second part of baking. 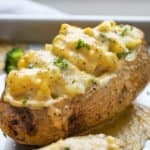 Filled with broccoli and a homemade cheese sauce, Broccoli Cheese Twice Baked Potatoes are filling enough to be a meal!

We love JESUS and respect the land He has trusted us with. Raising chickens, guineas, and kind & respectful children is our goal! #gardener