Enjoy all the flavors of a Cuban sandwich wrapped up in this Cuban Pork Loin! This tender and juicy pork loin is loaded with the classic taste of the popular sandwich, making it a meal! Try my Jalapeno Popper Pork Loin recipe for another family favorite!

I love a Cuban sandwich (check out my Cuban Sliders), but sometimes a sandwich just doesn’t cut it for a full meal. This Cuban Pork Loin holds all of the Cuban sandwich ingredients, wrapped up in a tender pork loin.

If you love a Cuban sandwich, you already know what is going into this Cuban Pork Loin. I kept with the traditional ingredients, and it turned out even more flavorful than I thought it would!

How to Make Cuban Pork Loin

Before you make the Cuban Pork Loin, you need to butterfly the loin. It’s easier than you might think.

To see how I butterfly pork loin, check out the VIDEO in my Jalapeno Pork Loin!

To do this, use a sharp knife to make a horizontal cut about one-third of the way up from the bottom of the loin. Flip open the thicker, top flap (like opening a book). Then, take the knife and cut another horizontal line through the thicker part of the loin to open it up even more (like a trifold). You should now have a flat surface of meat that will hold the flavor of the ingredients. Put a piece of plastic wrap over the laid out pork loin and pound it out to about a 1/3 inch thickness all the way around. The more even the loin is, the more evenly it will cook. Season both sides with the oil, salt, garlic, and parsley mixture before you start stuffing it.

Once you have pounded and seasoned the pork loin, it’s time to layer it, roll it, and sear it before cooking. First, preheat the oven to 450°F. Then, spread on the mustard. Next, add the ham, pickles, and shredded Swiss cheese. Roll up the pork loin, making sure you wrap up all that goodness inside! Then, using cooking twine, tie the rolled pork loin up to hold in all the ingredients. I used four pieces of twine if that helps. Put the rolled pork in an oven-safe skillet and sear it over medium-high heat. Finally, it is ready to go into the oven for 35-40 minutes. The internal temperature of pork should be 145°F. 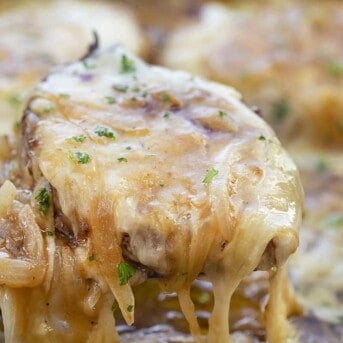 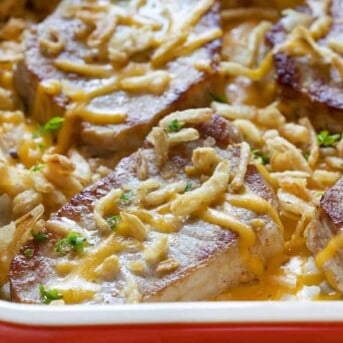 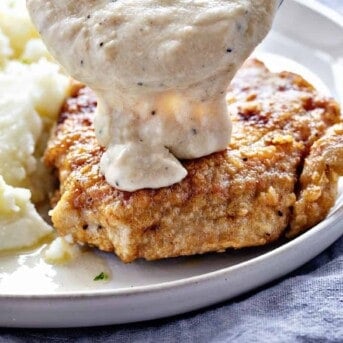 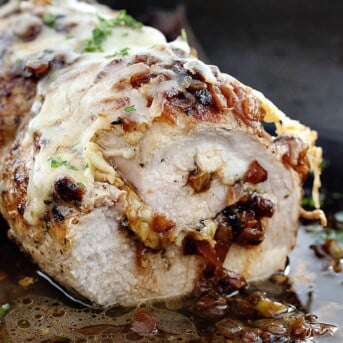 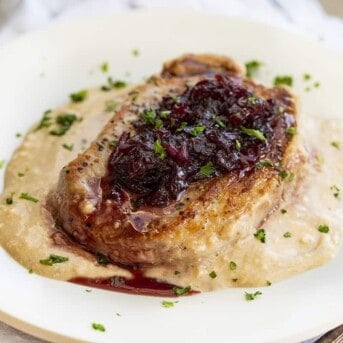 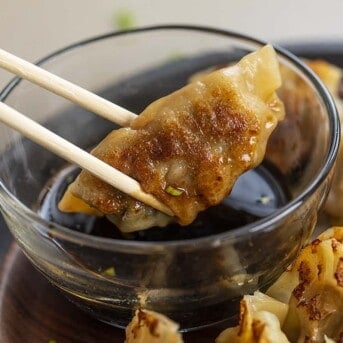 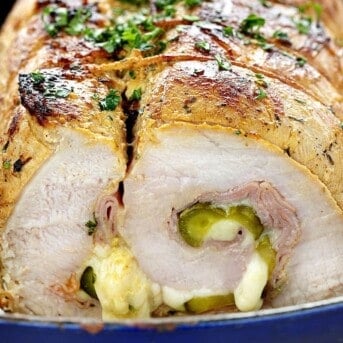 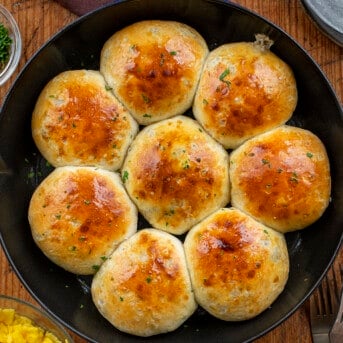 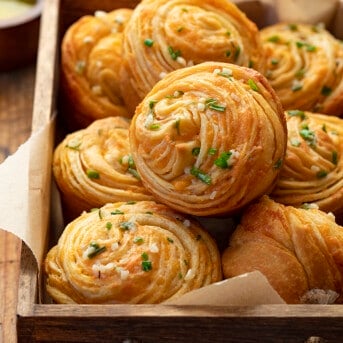