Breakfast Twice Baked Potato is a potato filled with bacon, egg, and cheese. It’s all of your favorite breakfast toppings in a baked potato! If you love a hot and hearty breakfast, try my Country Breakfast Skillet.

Who would think of making a twice-baked potato for breakfast? Well, I did and I could eat one of these every morning. Not only is this a hearty breakfast, but it also has all the nutrients you need to start the day. Potatoes are a great source of Vitamin C, potassium, and fiber. Did you know that the potato was the first vegetable to be grown in space? Lucky for us, we don’t have to go to space to get potatoes for these Breakfast Twice Baked Potatoes!

This recipe starts with a perfectly cooked potato. I will give you some tips on how to bake a potato next. After all, how many times have you baked a potato and it comes out rock solid? Then, it’s about those breakfast staples to complete the recipe. 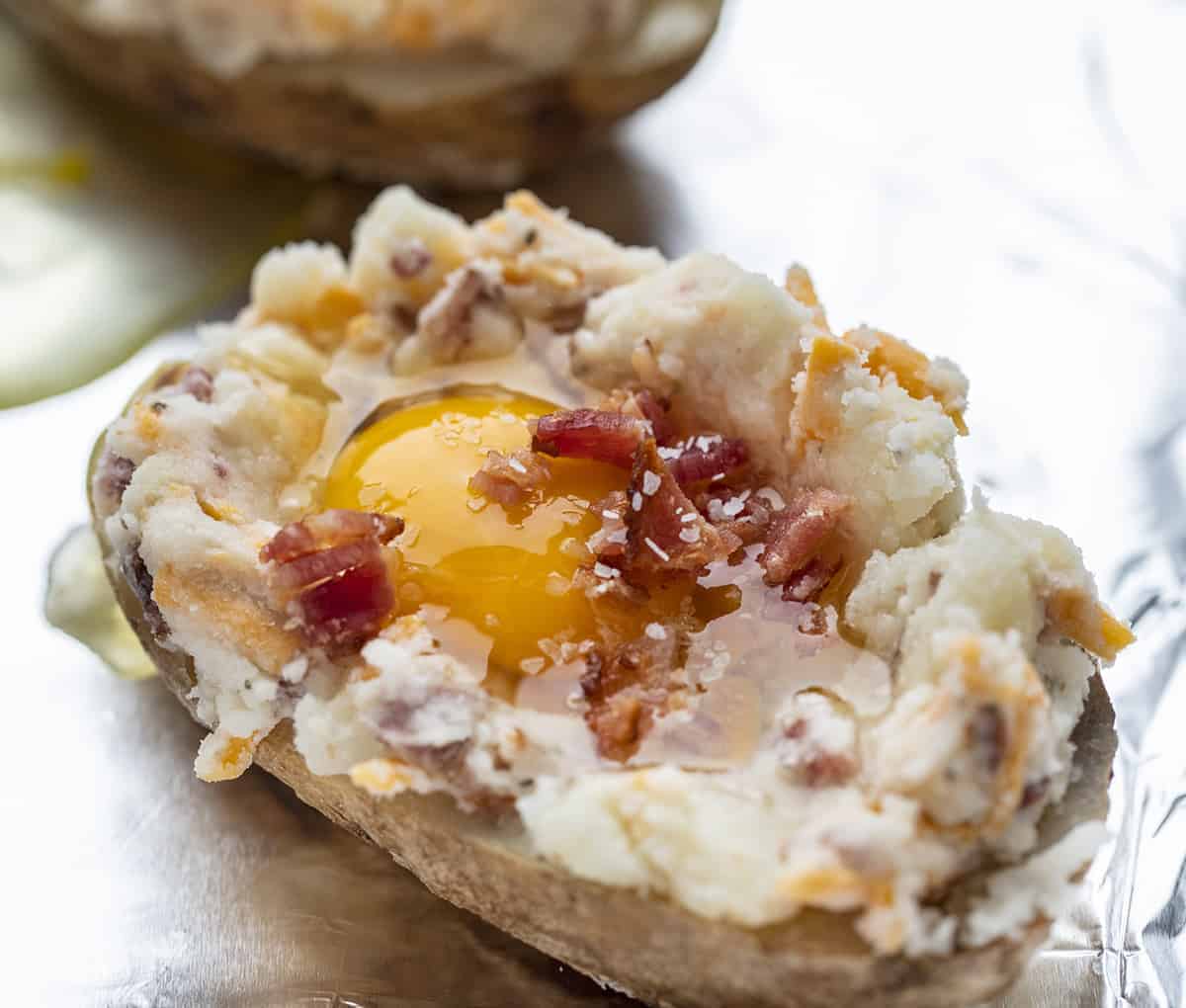 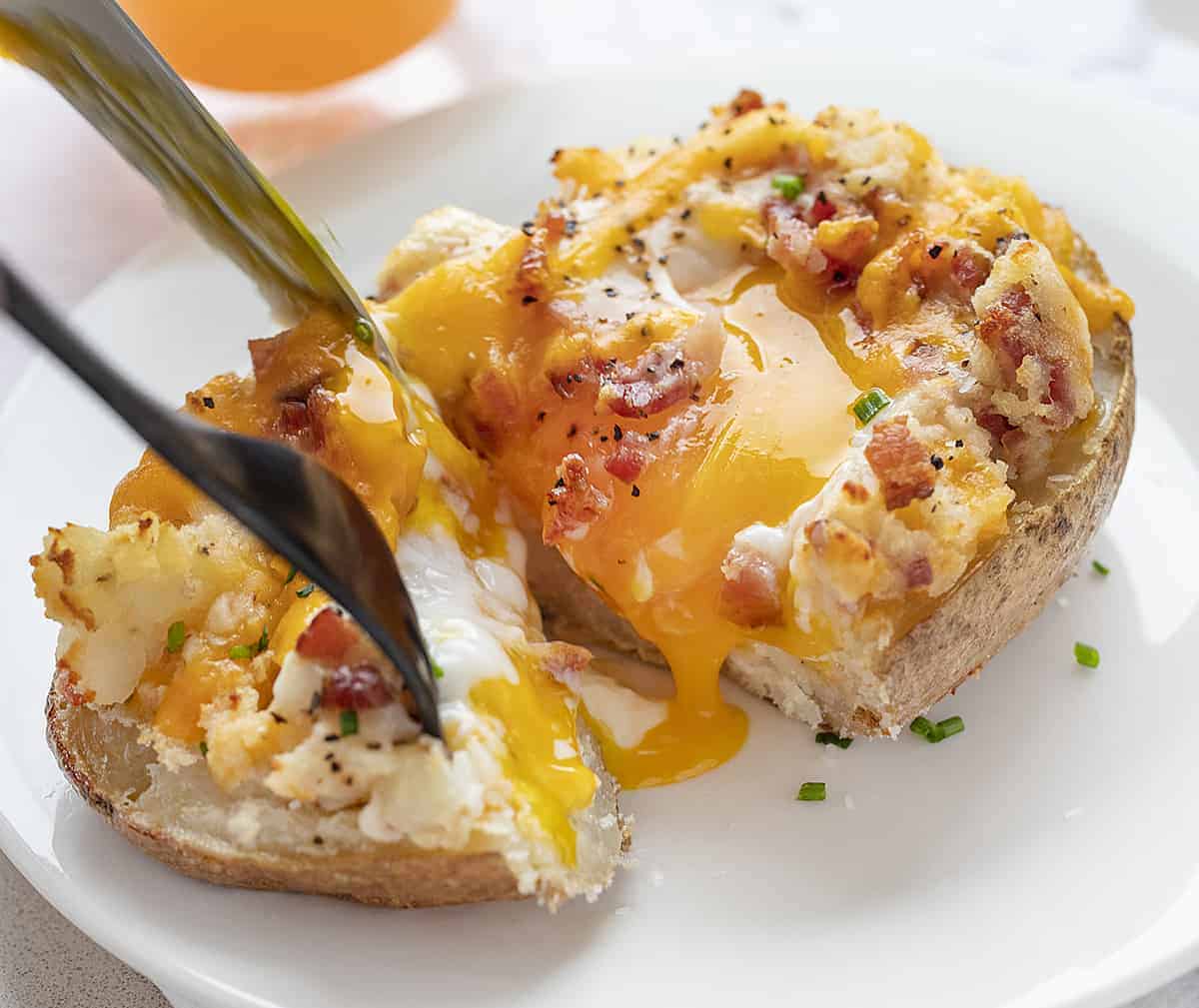 After the potatoes have cooled down, it’s time to fill them with the breakfast mixture that gives the potatoes their name. Using a sharp knife, cut the potatoes in half. Carefully spoon out the center of each potato and put the scooped out potato into a large mixing bowl. Lay the hollowed-out potato shells on a baking sheet while you mix the butter, cream, 1/2 cup of the bacon, cheddar cheese, garlic powder, onion powder, pepper, and salt with the spooned out potatoes. Fill ‘each potato bowl’ with this mixture. Then, make a well in each potato. Crack a raw egg into each potato well and top them each off with the remaining crumbled bacon, salt, and pepper. Bake for 15-20 minutes, or until the egg is set and the potatoes are warmed through. Garnish them with chives, if you wish.

Can I Make Breakfast Twice Baked Potatoes Ahead of Time?

With mornings being so rushed, not many people have an hour and a half to spend on breakfast. (Oh, but wouldn’t that be nice?!?) Well, there are a couple of short-cuts you can do to make this Breakfast Twice Baked Potato recipe a go in the morning. First, you could bake the bacon ahead of time. Simply lay the slices of bacon on a foil-lined baking sheet and bake for 18-20 minutes at 415°F. Wrap them in foil and store the bacon in the refrigerator until you are ready to use them the next morning.

Another option that I found out worked well was to bake the potatoes, according to the instructions, ahead of time. Just pop them in the fridge the night before so the next morning you just have to fill the potatoes and bake them for 15-20 minutes. Genius, I know!

A third solution would be to use the microwave for the initial baking of the potato. Most of the prepping of the potatoes is the same as baking them in the oven. First, scrub and wash the potatoes. Then, poke holes in the potatoes using a fork or knife. Rub the canola oil over each potato and sprinkle on the salt. Finally, wrap the potatoes in a paper towel that has been moistened with a little more canola oil. Cook two potatoes at a time in the microwave, checking if they are fork-tender after 8 minutes. If not, cook a minute more at a time until they are ready. 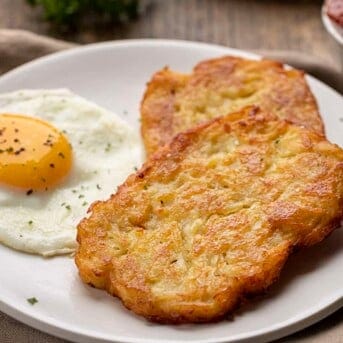 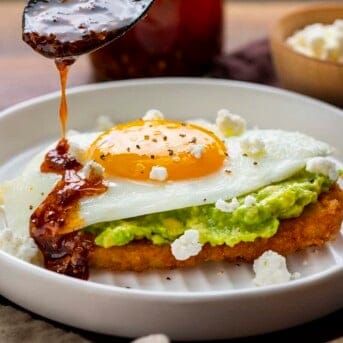 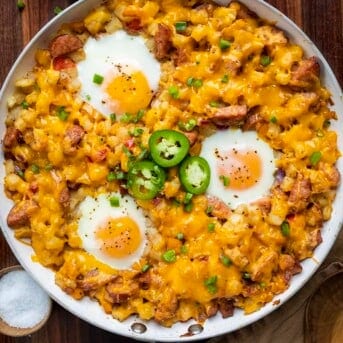 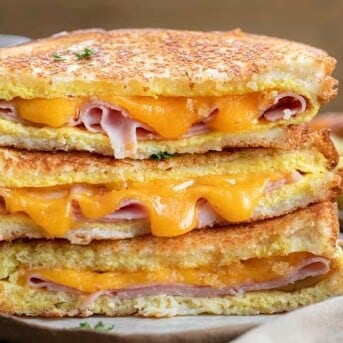