Easy Spinach Dip is a warm and creamy dip made with three kinds of cheese, sour cream, spinach, and artichoke hearts for a flavorful appetizer. Try my Bacon Spinach Dip for another rich and decadent cheesy dip.

There is nothing like a variety of dip recipes to have on hand as appetizers for holidays, game days, or just a day you are craving a warm and cheesy dip! This easy spinach dip is made on the stovetop in an oven-safe skillet. Then, more cheese is added to the top and broiled for a few minutes to a light brown. It is a rich dip that pairs well with toasted baguettes or bagel chips. If you want the dip with bread, give my Cheesy Skillet Artichoke Dip a try; it’s topped with baked bread!

Spinach: Grab a bag of frozen spinach to use in this recipe; let it thaw slightly before adding it to the skillet. We did not make this with fresh spinach, which would be a different amount used to cook down to the amount of frozen spinach.

Artichoke Hearts: I bought a can of small artichoke hearts that I drained and then chopped into smaller pieces.

How to Make Easy Spinach Dip

Make sure you have an oven-safe skillet (I love cast-iron skillets for dips). The dip will go into the oven for the final 2-3 minutes to brown the mozzarella cheese. First, melt the butter and add the partially thawed frozen spinach and artichoke hearts. Cook these ingredients for about 5 minutes, or until tender.

Next, add the garlic and cook for an additional minute. Then, to the skillet, add the cream cheese and sour cream, mixing them with the spinach and artichoke hearts. At this point, stir in the parmesan cheese, one cup of mozzarella cheese, and cayenne pepper. Cook the dip for 5-10 minutes, stirring occasionally, until thickened.

How to Store Spinach Dip Leftovers

This dip should only sit out for a couple of hours at room temperature. After that, store leftovers in a sealed container in the refrigerator. It will last 3-4 days when stored properly. Freezing is not recommended for this dip because of the sour cream and cream cheese. 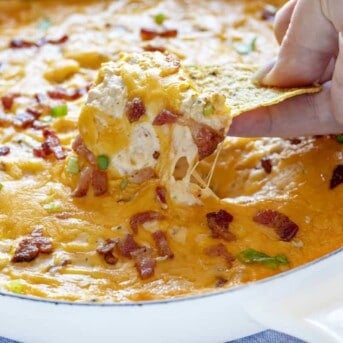 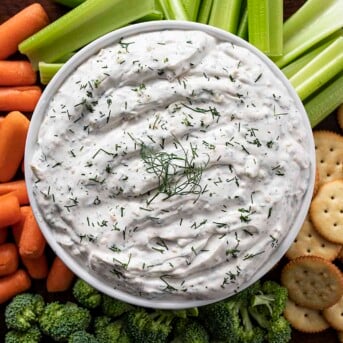 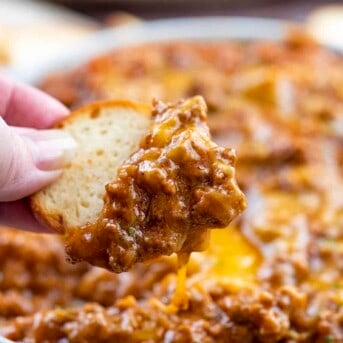 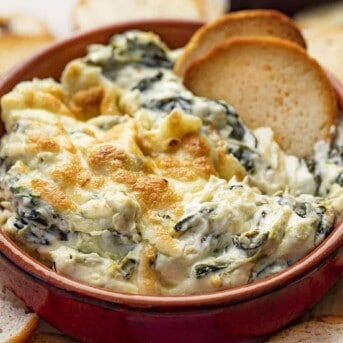 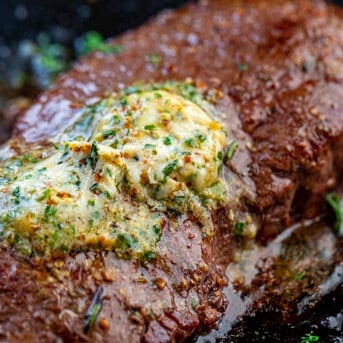 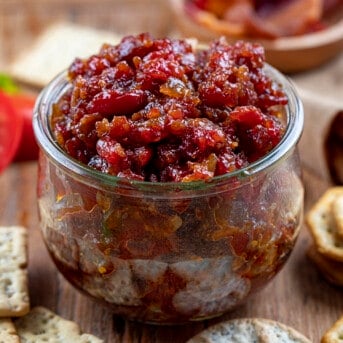 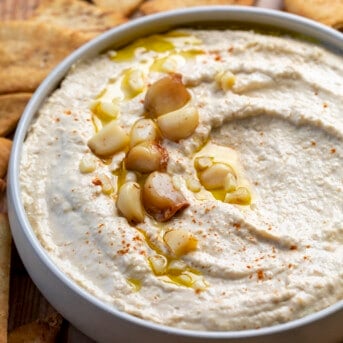