I have been on a French Onion kick lately. It had been a while since my Homemade Onion Soup Mix, but lately, I have expanded to making French Onion Dip, French Onion Deviled Eggs, Skillet Onion Dip, and my French Onion Zucchini Bake. I told you, there have been a lot of French Onion dishes around here! Well, I have added another recipe to that list. It is this French Onion Twice Baked Potato. It’s a baked potato that is filled with all that taste that you would expect from a French onion dish.

This recipe starts with a perfectly cooked potato. I will give you some tips on how to bake a potato next. After all, how many times have you baked a potato and it comes out rock solid? Then, it’s a matter of caramelizing the onions and getting the cheesy filling inside the potato. 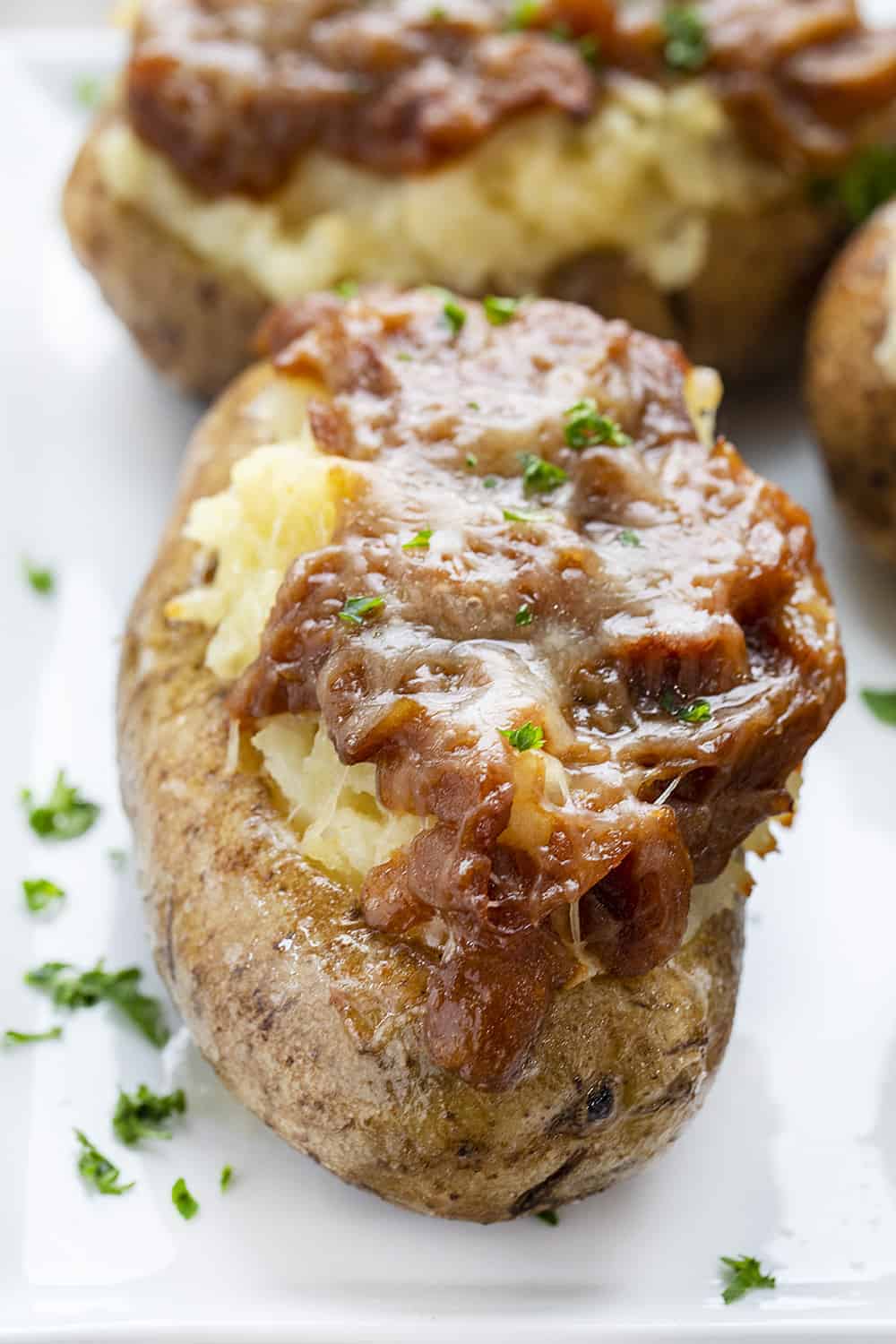 Not everyone has an hour or two to get dinner on the table. One solution would be to use the microwave for the initial baking of the potato. Most of the prepping of the potatoes is the same as baking them in the oven. First, scrub and wash the potatoes. Then, poke holes in the potatoes using a fork or knife. Rub the canola oil over each potato and sprinkle on the salt. Finally, wrap the potatoes in a paper towel that has been moistened with a little more canola oil. Cook two potatoes at a time in the microwave, checking if they are fork-tender after 8 minutes. If not, cook one minute more at a time until they are ready. Then, simply follow the ‘how to bake French onion twice baked potatoes’ to finish them up. I would recommend baking them in the oven the second time, which only takes 15-20 minutes. 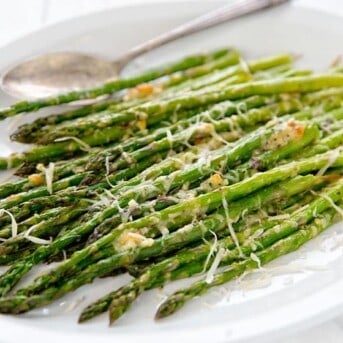 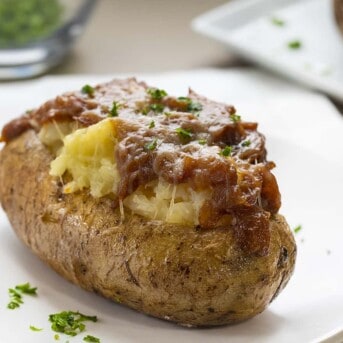 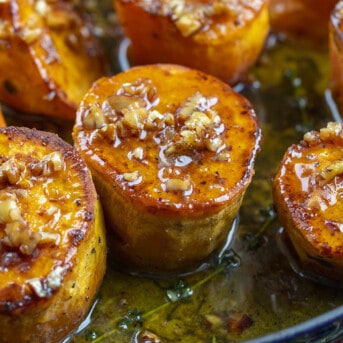 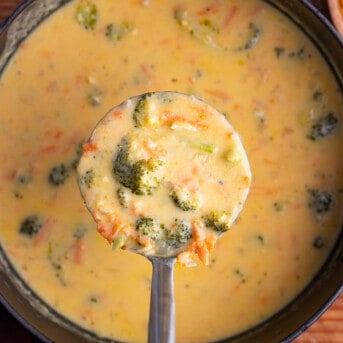