Stuffed Peppers are bell peppers filled with rice and ground beef mixture, topped with seasoned tomato sauce and mozzarella cheese. You get your vegetables, protein, and carbs all in one delicious dish! You might also want to try my Chicken Mushroom Stuffed Peppers and Southwest Anaheim Stuffed Peppers, too!

Bell peppers are perfect for filling with meats, sauces, and cheeses for a satisfying and well-rounded meal, all in one. They were named for their bell-like shape and are a mild pepper (even though they are part of the same family as hot chili peppers). A fun fact is that bell peppers are the only peppers in that family of peppers that do not contain capsaicin (the heat-causing component in peppers).

Blanching is a method to cook vegetables so they end up being crisp and bright in color. It also helps them cook more evenly. All it takes to blanch peppers is a pot of salted boiling water and a bowl of ice water nearby.

I recommend blanching the peppers for this recipe, but if you don’t have time and are not going to freeze the peppers, you can also make this recipe without blanching. 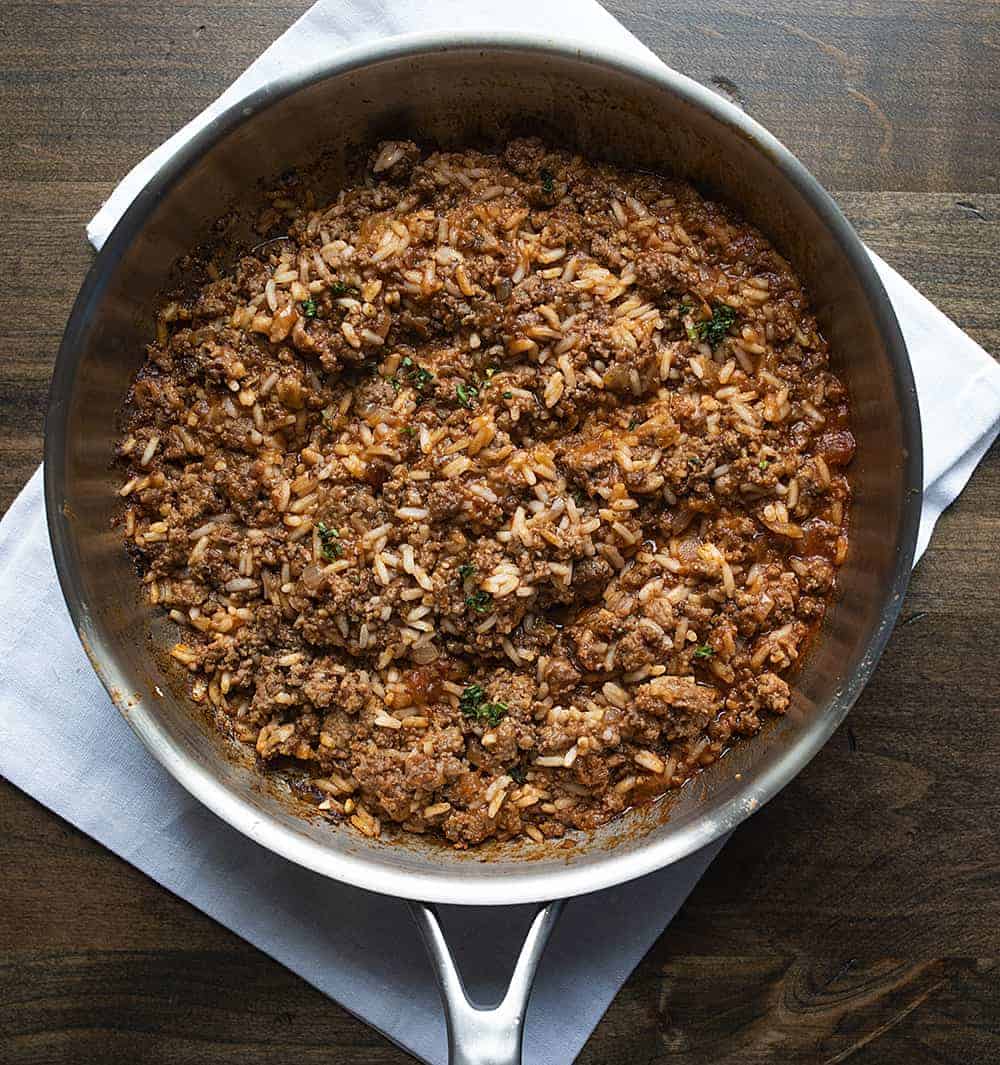 How to Store Stuffed Peppers

Stuffed Peppers can be stored in the refrigerator for 3-4 days. When ready to reheat, put them in the oven for 15-20 minutes at 350°F.

Yes! Stuffed Peppers are a great meal that you can make ahead of time and freeze. Once the stuffed peppers have been cooked, let them cool completely before freezing them. If they are still warm, they will probably end up soggy when they thaw.

The easiest way to freeze the peppers is in a freezer-safe casserole dish with a lid on it. If you don’t have a casserole dish, you can double wrap (in plastic wrap) each stuffed pepper individually and put them in freezer-safe bags. Be sure to label and date the bags. The peppers can be frozen for up to a year, but best eaten within 6 months. 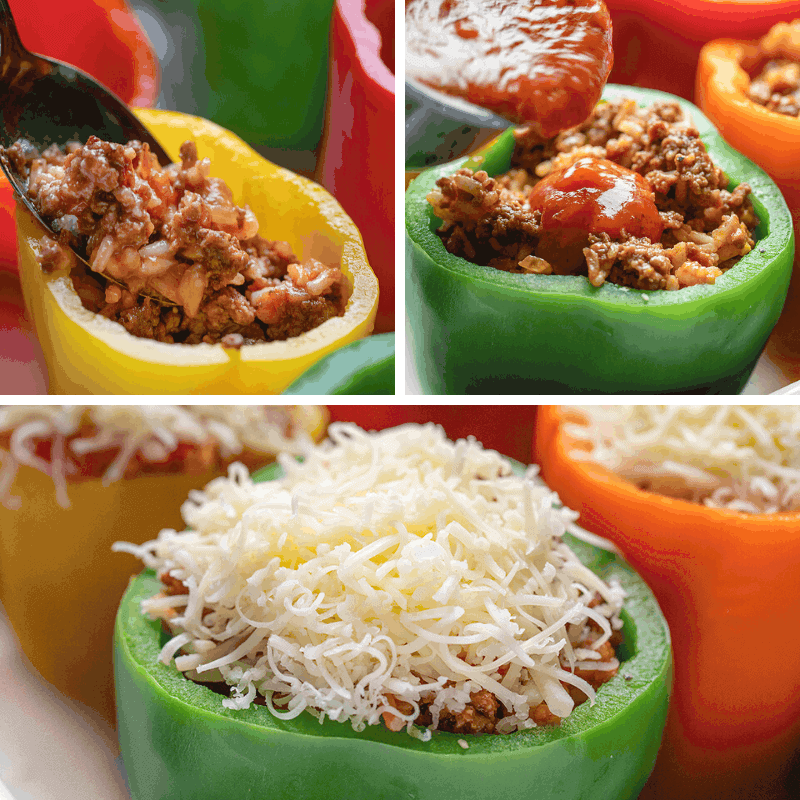 How to Reheat Frozen Stuffed Peppers

Can I Make Stuffed Peppers in an Air Fryer?

Absolutely! It has actually become my new favorite way to enjoy this dish. 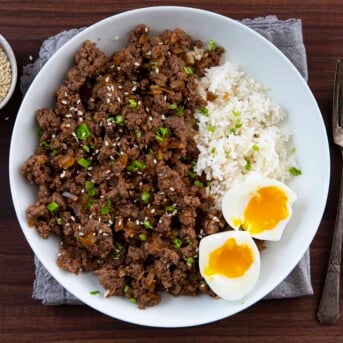 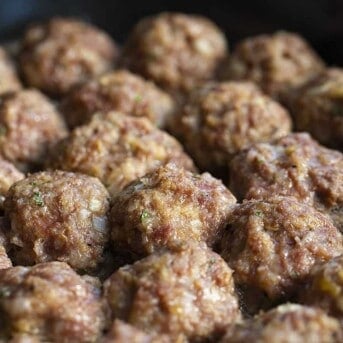 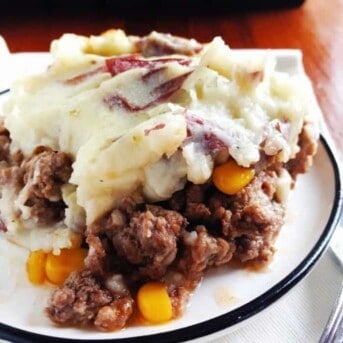 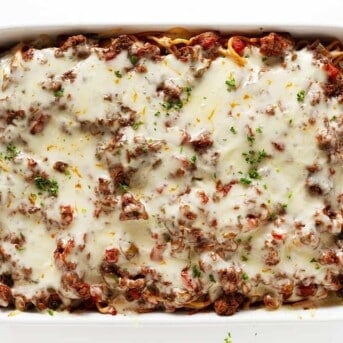 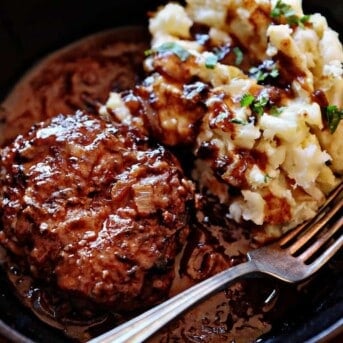 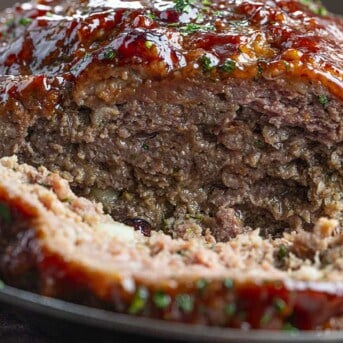 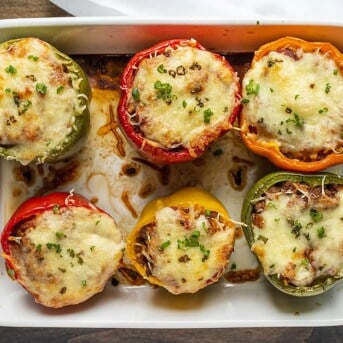 If you don’t have time and are not going to freeze the peppers, you can skip this step. If skipping blanching the peppers, be sure to cut off the tops of the peppers and remove the membranes and seeds before stuffing.
Course: Dinner, Main Course
Keyword: Stuffed Peppers
Servings: 6
Calories: 668
Author: Amanda Rettke–iamhomesteader.com 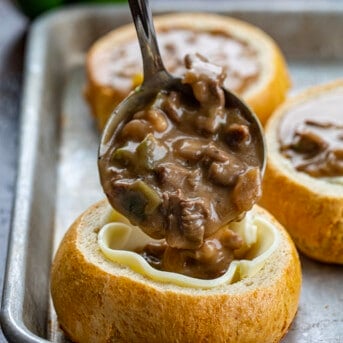 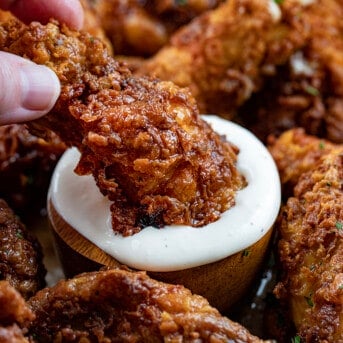